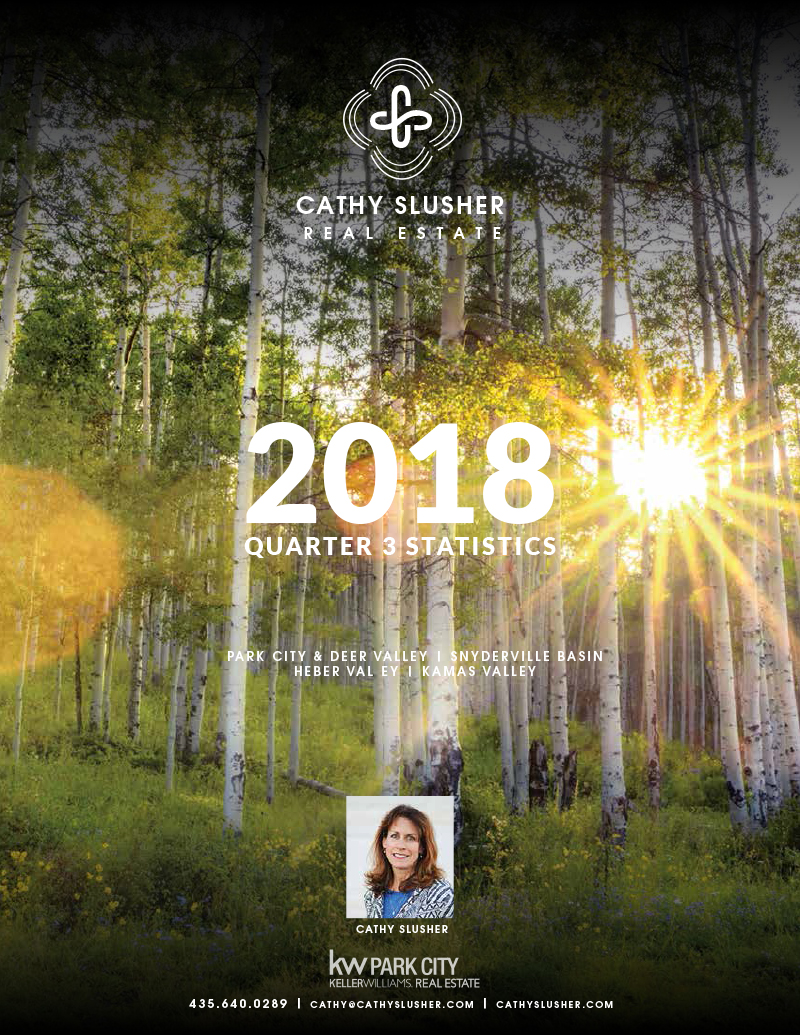 Third-quarter stats for Summit and Wasatch Counties indicate a steady real estate market with trends varying depending upon area, neighborhood and property type.

At the end of the third quarter, housing statistics revealed slowing demand and an increase in median sales price. Year-over-year, the number of single-family home sales in the Greater Park City Area decreased by 4.5%, while the condominium sector was down 9% compared to same time last year, as reported by the Park City Board of REALTORS®.

The number of single-family home sales within the City Limits was relatively flat (off less than 2%) and the median price of $1.95 M remained the same compared to 12 months ago. By neighborhood, Old Town had the highest number of sales – up 10%, while there were 30% fewer sales in Park Meadows.

Year over year, the number of condo sales within the City Limits was down 5% but up 8% in median price to $820,000. The Snyderville Basin reported essentially the same number of sales as last year with 291 units sold and saw a median price increase to $525,000.

The number of closed sales dropped 25% in the Jordanelle, possibly due to lack of inventory, as new construction projects in this area have been completed and sold leading to fewer units available, however, there was an 18% increase in median price.

The Park City Limits saw 13 more lot sales than last year and a 25% median price increase to just over $1M. By neighborhood, Promontory had the highest number of land sales within the Basin with 82, and the median price continued its upward climb reaching $450,000.

Historically, July and August are the months with the highest level of inventory for homes and condos in the Wasatch Back, but the current trend of sales volume is changing and we are seeing a continued upward tick of inventory that has not been seen for some time. This trend may signal a coming price change, although in some of the most desirable neighborhoods, a shortfall of for-sale properties will create scarcity and the median prices should remain strong.